Workshops of Working Groups 6, 7 and 8

From 31 January to 5 February 2013, the Working Groups 6,7 and 8 organised workshops at the Croatian Institute of History in Zagreb.

Working Group 6 – New Databases – Chair: Gunnar Thorvaldsen
The meeting opened with regrets that Kees Mandemakers could not come, but satisfaction that as many as eight participants were present. There was agreement to prioritize the funding and construction of new databases especially in Eastern Europe during the meeting because of upcoming funding possibilities in the near future. The most realistic is funding for Hungary from Norway and Iceland’s European Union research grants. Other funding sources must be sought for the Russian church records which cover the period ca. 1730 to 1917 and potentially allow reconstitution databases from vital registers for most of the Russian Empire. City records from Barnaul and rural records from the Urals are good starting points. Some updating of the inventory of existing databases was performed during the meeting from Croatia and Germany, but this will primarily be done by correspondence afterwards, especially for German genealogical databases. It was pointed out that the existence of church records should be better represented on the map of potential and existing longitudinal databases in Europe. There were interesting and inspiring presentations about longitudinal databases by Ioan Bolovan (Romania), Elena Glavatskaya (Russia), Georg Fertig (German genealogical databases), Ólöf Garðardottir (deCode, Iceland), Peter Öri (Hungarian Historical Demographic Database), Peter Teibenbacher (the Vienna Database) and Gunnar Thorvaldsen (the Norwegian Historical Population Register). Also, the genealogical TV series ‘Who do you think you are’ repeatedly documents the better potential for longitudinal studies in Europe compared with the US, but also that the extraction of information from the sources requires expertise and economic recourses.

Working Group 7 – Education – Chair: Alexander Buczynski
At the meeting of Working Group 7 in Zagreb we prepared the organization of a summer school in Cluj-Napoca in coordination with the conference Intermarriage through History (5-8 June 2013, Cluj-Napoca), we rethought the program for a course in historical demography and organized a long term program. We agreed that after completion of the summer school and returning to their respective home countries, the trainees of the summer school are expected to organize short weekend courses for professional and non-professional private persons (scholars, archivists, genealogists etc.) to help acquire computer skills and create compatible databases. Trainees who have organized such weekend courses will be on the priority list for an advanced course. During the summer school in Cluj-Napoca of 2014 (from 17 June until 23 June) there will be two parallel courses: an introductory course and an advanced course. There be two groups of 14 trainees each attending parallel sessions. In 2015 there will be a third summer school, again combining an introductory and an advanced course.

Working Group 8 – Standards for documentation about databases – Chair: Ólöf Garðarsdóttir
The main objective of the meeting was to come up with ideas on how to document longitudinal databases. One of the tasks of working group 8 is to help define documentation standards both for source material and for databases. The issues raised during the meeting were related to the possibilities of documentation or reporting on existing databases but also on possibilities of documenting the potentials of historical longitudinal databases in particular in Eastern Europe. Another objective of the meeting was to discuss the documentation of existing databases at the EHPS-website. During the meeting we also discussed whether different kinds of documentation was needed for different types of databases as between European countries there are vast differences in the availability and quality of longitudinal databases. Péter Öri presented a detailed analysis on the use of DDI (Data Documentation Initiative) in social sciences. Furthermore, the group discussed the importance to find a way to document the diversity of databases and of source–material existing across Europe. In the light of the fact that there are vast areas in Europe where digitized material suitable for life course analysis is hardly available the question arose whether it is feasible to attempt to document the potentials. 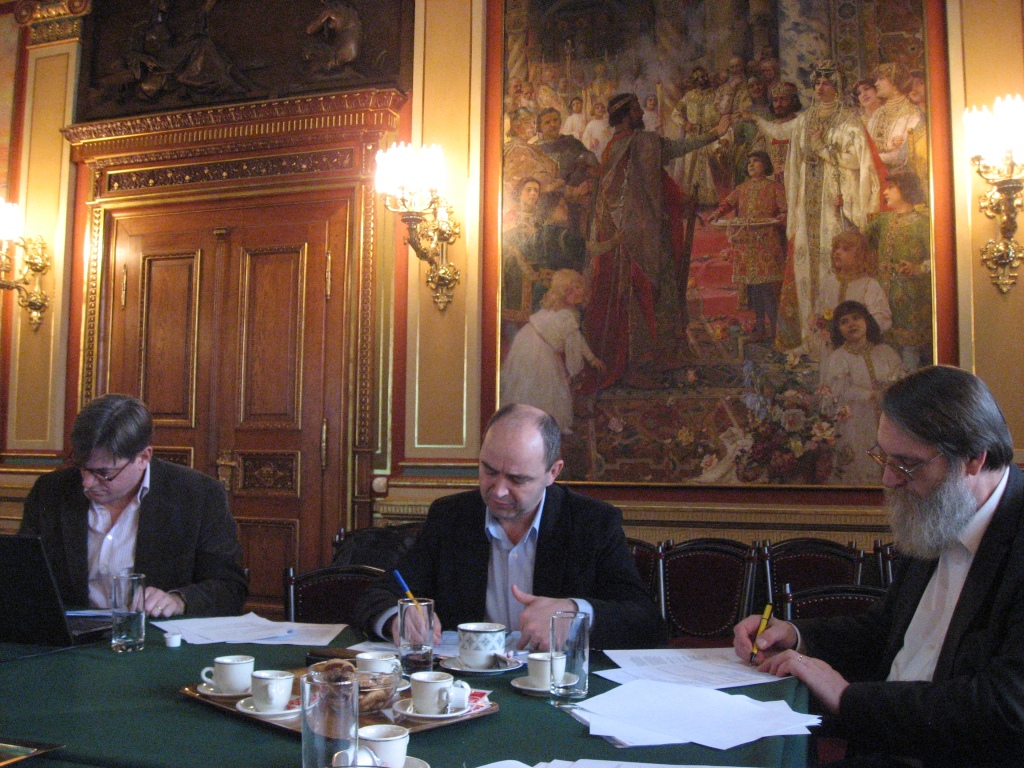